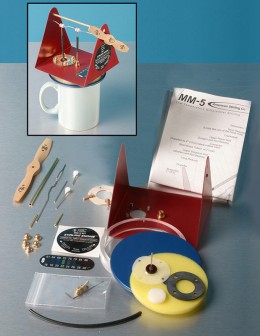 Ready to assemble. You only need to purchase superglue and silicone sealant. You will also need a few common hand tools to assemble your engine. It’s a pleasant two or three evening kit and a fun way to learn about Stirling engines. Click here for a video clip. If your computer can run Flash you may enjoy a Flash animation of this engine.

You may also want to buy a Spare Diaphragm. This is the only wear part in the engine.

The United States Naval Academy once had all of their mechanical engineering students build one of our kits.

If you want a very easy to build kit, we recommend this electric motor kit.